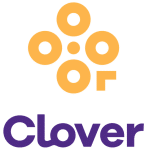 Clover Country and the Indonesia Economic Forum are honoured to have Ambassador Dino Patti Djalal as the Chief Envoy to spearhead the Clover Climate Alliance.

The Clover Climate Alliance is a partnership between the Indonesia Economic Forum and Clover Country, a digital nation that is leveraging the power of blockchain technology to launch a global initiative to fight
climate change.

Indonesia Economic Forum is the premier content creation platform focusing on promoting economic and social progress for Indonesia. It was founded in 2014 and over the past eight years, it has built a following of more than 10,000 business leaders, entrepreneurs, policy makers, thought leaders, investors, senior
academics and youth.

The Indonesia Economic Forum hosts an annual 3-day Forum that brings together all stakeholders to deliberate and find solutions to the biggest challenges facing Indonesia. https://indonesiaeconomicforum.com

“Asset Tokenisation for Climate Change is a viable solution for Net-Zero and the power of crowd in funding is the new kid on the block,” said Chief Patrick, Founder of Clover Country and Patron of Indonesia
Economic Forum – Climate Initiative.

“Ambassador Dino is a fierce advocate of the fight against Climate Change,” said Shoeb Kagda, Founder of the Indonesia Economic Forum and Special Envoy for the Clover Climate Alliance.
“With his passion, deep knowledge and global networks, Ambassador Dino is the perfect personality to galvanize Indonesia’s youth as well as its business and political communities to act now before it’s too late,” noted Shoeb.

The key to achieving Net Zero by 2050 is engaging the Indonesian people directly, especially the youth of Indonesia.

“I don’t think the public gets it yet because everyone is in the Covid-19 mindset,” said Dino, who also the Chairman of the Board for the World Resources Institute Indonesia. “Covid-19 is a short term crisis but the longer term crisis is Climate Change and the public does not understand when we say it will be 3 degrees
hotter which will lead to boiling weather and heat waves. It will be too hot to walk outside or to play soccer.”

“What the public does not get yet and what the business and political leaders do not appreciate is that if you move to a low carbon economy, you make more money, you create more jobs, attract more investments, you get more technology and more equity,” noted Dino.

“This is why the Clover Climate Alliance is critical for moving the nation and the region towards a future that is sustainable and that safeguards our natural heritage,” he noted. “To get there we must leverage technology, the power of the crowd and global capital.”

Ambassador Dino will lead Clover Climate Alliance in a number of key initiatives including:
* Engage with students & alumni of universities in Indonesia for the Elon Musk’s $100m XPRIZE Carbon Removal competition.
* Chairman of the board for the pilot US$100m Clover Climate Hedge Fund, to be set up as a Variable Capital Company (VCC), regulated by the Monetary Authority of Singapore.
* Lead the effort to mobilize 1 million Climate Champions, targeting GenZ & Millennials from the students and alumni of top universities in Asia; in particular ASEAN, China and India. This initiative will be spearheaded and executed by IEF as its key Climate Initiative – Indonesian Gen-Z should lead Asia in Climate Change; they are the ones who will be the game changer for the UN-backed global campaign, Race to Zero.

The ultimate problem for the human race

After already causing the extinction of many species, climate change is the single biggest threat facing humanity. Unless tackled immediately, climate change could make planet earth unlivable in the future.

And that’s not Clover Country saying it, but science.

The recent Intergovernmental Panel on Climate Change (IPCC) report, dubbed as “Code red for humanity”, reveals how climate change is getting worse faster and faster. If we don’t act promptly, we’ll face catastrophic consequences in the coming years.

But there’s also a social justice issue in how climate change affects us.

Some of the poorest regions of the world like Africa will see the greatest impact, with extreme weather events like prolonged droughts and devastating floods forcing people to leave their homes. And the youngest people like Gen Z and millennials will bear the brunt of the previous generations’ recklessness.

For all these reasons, Clover Country is calling for Climate Evangelists, environmental non-governmental organizations (NGOs) and sustainable corporations to form a global Climate Alliance.